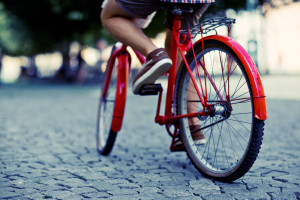 In Adelaide, Australia, a 37-year old man named Adam Carpenter was participating in a charity bike ride when he began to feel symptoms of cardiac arrest and collapsed at the side of the road. Luckily for him, two doctors (both anesthesiologists) were riding behind him, and they stopped to administer CPR.

After 30 minutes of life-saving CPR, Carpenter was transported to a hospital, and after some time in a medically-induced coma he regained consciousness. Within a month he was back to cycling.

Thanks to the knowledge and quick-thinking of the doctors riding behind him, Mr. Carpenter lived through his heart attack. But you don’t have to be a doctor to know CPR and be ready to act. You just need the knowledge and the skill set to use it when called upon.

In somewhat related news, two experts at the Children’s Hospital of Philadelphia have led two national studies that show that extended CPR can save lives. The two studies focused on children and adults who suffered in-hospital cardiac arrests. Traditional knowledge is that CPR becomes futile after about 20 minutes, but these studies show that administering CPR for over 35 minutes can still save lives.

If you’re called upon to administer CPR in the future, keep this study in mind!