It may surprise you to learn that CPR is a relatively new innovation in medical science, and one that is flexible, to allow new advances to replace outdated techniques. Here’s a brief history of CPR, and life-saving techniques. 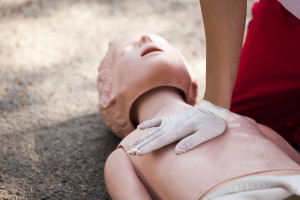 Before there was cardiopulmonary resuscitation, there were basic techniques to revive the dead, many of which seem laughable with the hindsight of today’s medical knowledge. In 1767 Amsterdam, a group of people formed the heroically named Society for Recovery of Drowned Persons. Their methods ranged from the reasonable, such as warning the victim and elevating the feet, to the ridiculous, such as using bellows to blow air into the lungs. They even went so far as the use of the bellows to blow tobbaco smoke into a person’s anus, which you certainly wouldn’t find in any CPR manual today.

CPR as we know it began in the United States in 1954, when Dr. James Elam and Dr. Peter Safar teamed up and introduced cardiopulmonary resuscitation as we know it. Dr. Safar released ‘The ABC of Resuscitation’in 1957, and Dr. Elam authored the booklet ‘Rescue Breathing’ in 1959. CPR techniques weren’t generally promoted to the public until the 1970’s, which is relatively quite recent.

Even after CPR was introduced to the public the innovations didn’t stop there. In the ’80s EMTs began to undergo training on defibrillator use, and 911 operators were trained in guiding callers through CPR steps, and both were huge advances in life-saving techniques.

CPR’s evolution continues to this day, as modern techniques emphasize chest compressions over rescue breathing for those untrained in CPR administration. Who knows what CPR will look like in 10 years, or even 50? One thing is certain, though: medical science will always accept new proven techniques, and there will always be people willing to rise to the challenge of learning them.

Did you know that we offer a free CPR class in L.A. and the surrounding areas? Check it out today!