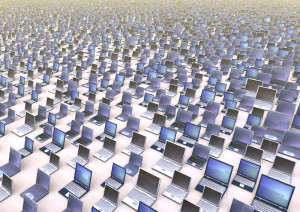 Imagine visiting the doctor and instead of being seen by a human being, being analyzed by a robot, or computer software. The idea might seem uncomfortable and even ludicrous now, but that reality is closer than we think.

You may already be relying on artificial intelligence for medical reasons more often than you realize. If you use websites, such as WebMD, for self-diagnosis, you’re relying on that website’s ability to match your symptoms with the correct causes. You’re also trusting that the given treatment options are correct.

Supercomputers will begin ‘working’ in clinics this year, as it was recently announced that the Watson supercomputer, famous for beating Ken Jennings on ‘Jeopardy’, will begin making utilization management decisions for lung cancer patients through WellPoint insurance. Watson would aid diagnosis in patients and somewhat serve to give doctors their own ‘second opinion’, as well as suggest routes they may not have seen.

Would you be comfortable replacing your human doctor with a supercomputer? It’s an interesting question. There’s an undeniable comfort in seeing another human being, despite their potential for mistakes both small and large. A supercomputer, despite its vastly superior ability to crunch numbers and instantly comb volumes of data, ultimately doesn’t ‘care’ for you, the patient. Artificial intelligence has no actual interest in your health and well-being.

As technology evolves by leaps and bounds, you may one day tell your grandchildren about how you had to see human doctors ‘back in the day’.